[PETERBOROUGH, ENGLAND] – A double-header of rounds at Peterborough Arena over the weekend saw podium joy for Indian riders Leah Tokelove and Lee Kirkpatrick, opening up an epic championship battle, that will be decided at DirtQuake in August.

DTRA flat-track riders from across the UK and Europe filled the Peterborough Panthers paddock with an increasingly professional array of Hooligan class race machines, which are modified twin cylinder road bikes of 750cc and above, demonstrating the increasing popularity of this very accessible race series.

In Saturday’s final, Tokelove pushed for the lead from second place on the start gate before falling back to fourth after running wide. She quickly regained second despite stiff competition. Meanwhile Lee Kirkpatrick carved himself from 6th on the grid to 4th overall. Tokelove maintained her composure to bring the Indian Scout home in 2nd and gain a further 16 Championship points. 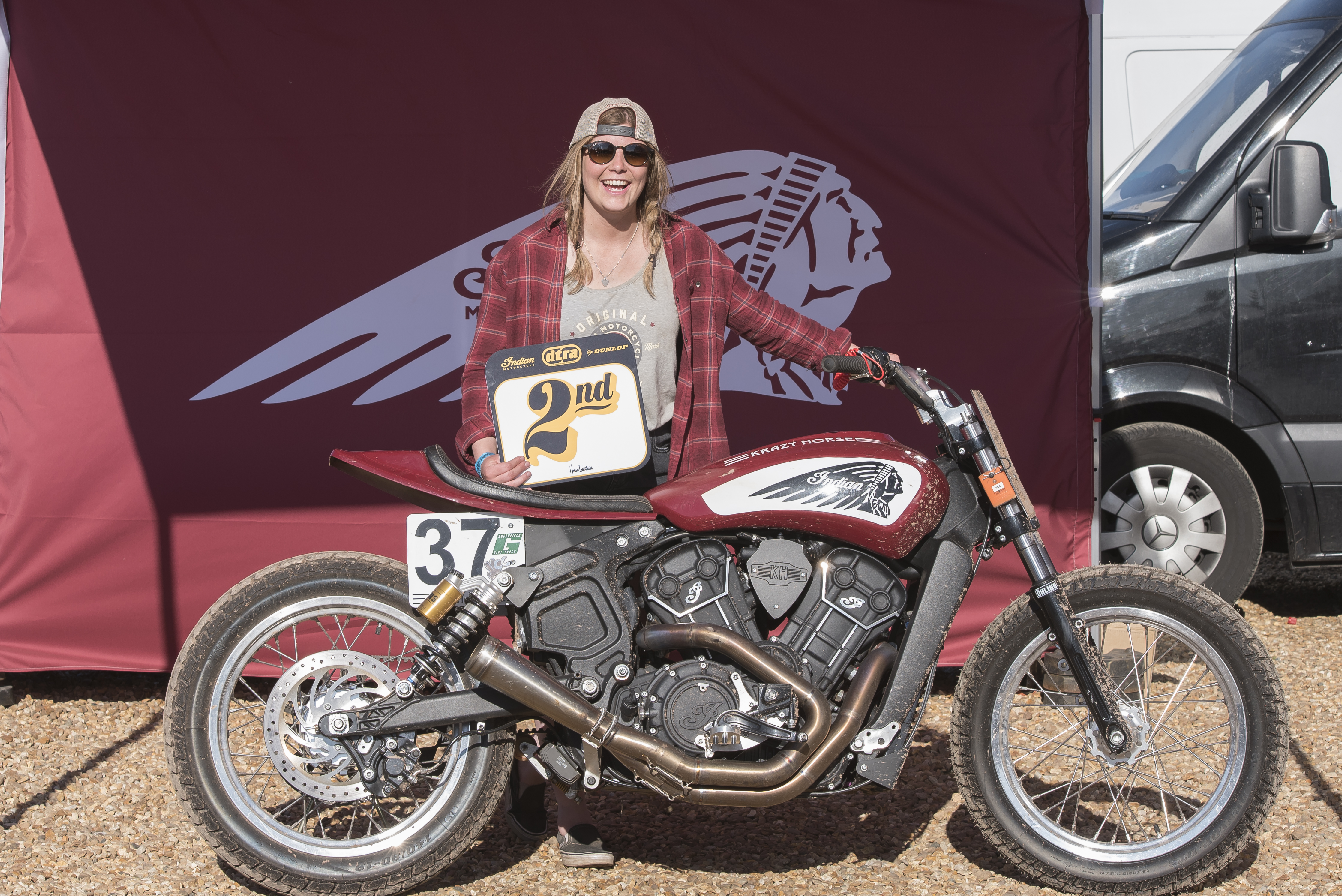 Racing commenced again on Sunday afternoon (Round 4) with just three points separating the top three riders, although no one could have predicted a dramatic twist as Lee Kirkpatrick suffered a punctured rear tyre just moments after convincingly winning his final heat; the Krazy Horse team hustled to remove and repair the tyre in record time with the day’s final race looming moments away.

Kirkpatrick and Tokelove lined up on the front row, with Chris Hatton and Jonathan Falkman further down the field. Kirkpatrick maintained the hole-shot and got away with a stunningly fast start, while Tokelove was caught in a wheel-to-wheel, elbow-to-elbow battle on the outside line before an electrical gremlin took her out of competition. Kirkpatrick powered on to open up his advantage and claim his first winner’s plate of the series and 20 Championship points. 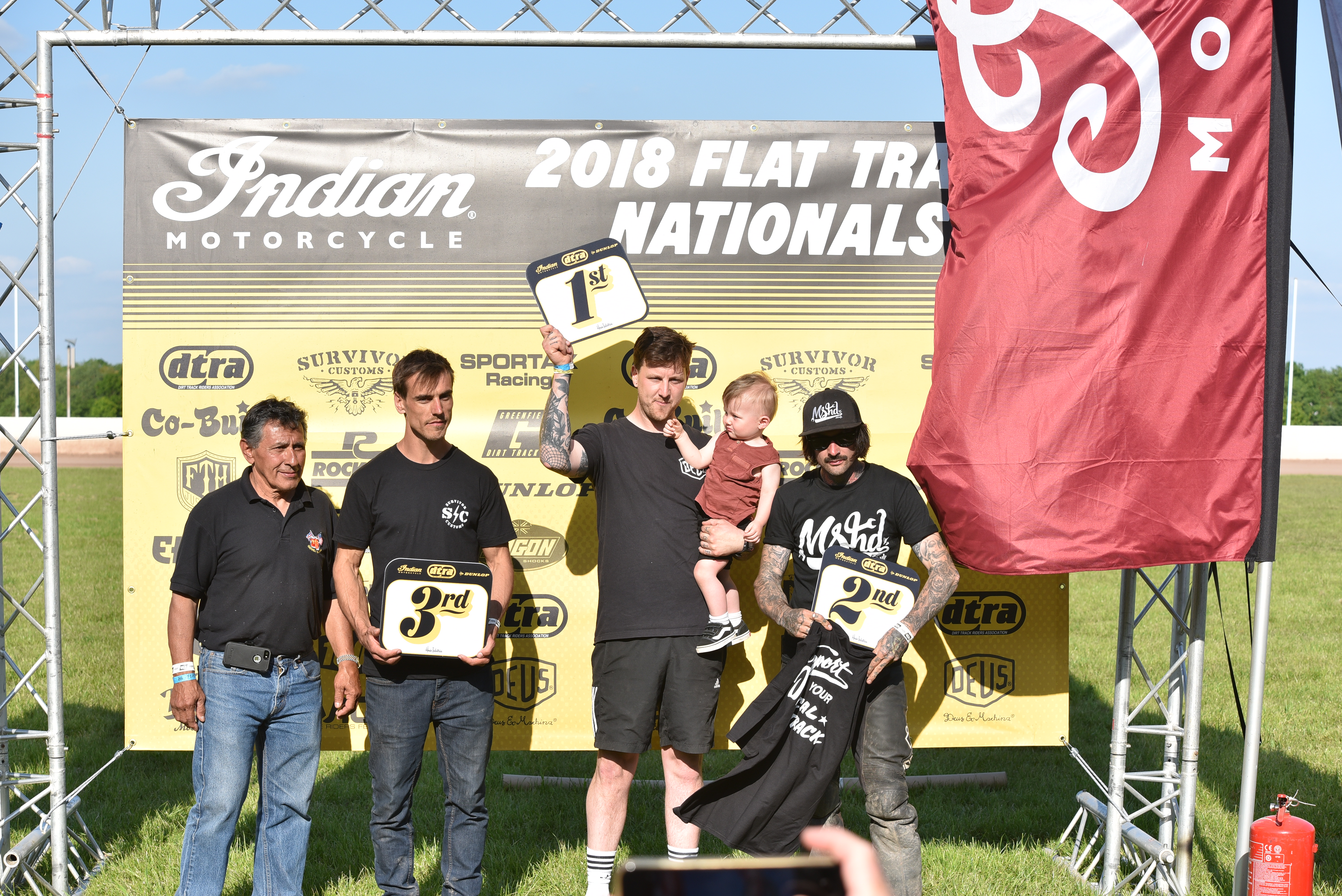 Between the races, Indian Motorcycle also laid-on a very special surprise for audiences of the DTRA’s ‘live stream’ and the MCN Festival crowds at Peterborough, by unleashing the American Flat Track Indian FTR750 for the first time outside the US, piloted in turn by Johnny Lewis, Chris Walker and Leah Tokelove.

The next stop for the Indian Motorcycle Hooligan Series is the decider at DirtQuake, Arena Essex, UK on Saturday 18th August.

Before DirtQuake, Indian’s Hooligan riders will be appearing at the Wheels and Waves, El Rollo Flat Track Race at the Hippodrome de San Sebastián, Spain on Saturday 16th June.

Watch and embed a video of the action here https://youtu.be/yAglMgaXzFc

Photo credit images in this release with: Jacqueline @barkingheadsphotography
There’s a gallery by Tom Bing online too.

Images by Jacqueline @barkingheadsphotography
12
Add All

Images by Tom Bing
123
Add All