INDIAN MOTORCYCLE AT THE WHEELS & WAVES 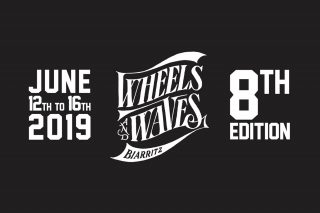 FRANCE – This week, Indian Motorcycle has an appointment in Biarritz for the 8th edition of Wheels and Waves, returning as the official partner for the third year.

The unmissable “lifestyle” festival, which last year welcomed 18,000 people, combines more and more magic – motorcycles, surfing, ride art and concerts, from the Basque coast to Spain from June 12 to 16 2019.

Indian Motorcycle will be, as in the previous three years, presenting many of the highlights of the event.

“We are very proud to be the main partner of the Wheels & Waves for the third year – it’s an event where we really are at home, the atmosphere is exactly the trend we’ve been following. With the release of the Indian Scout, we have reached a new and younger clientele, attentive to new trends, and the launch of the Bobber Scout in 2017 and, most recently, the FTR 1200 have only accentuated this real phenomenon. Wheels & Waves allows us to meet these customers and show another image of American motorcycles.”

BRICE HENNEBERT – designer of Appaloosa: renowned Belgian customiser, creator of the most extraordinary machines in the medium.

STEVE CABALLERO – Friend of the brand: The legendary American skater who has been at the top of the rankings for a long time with “the bones brigade”. IG: @stevecaballero

TANK MACHINE – Customiser : Clément Molina is a French customiser who knows how to mix the chic and the mechanics of the bike. As a partner of the Indian Paris Etoile dealership, Clément works mainly with Scouts, with the recent Tankster.

Brice Hennebert, created ‘Appaloosa’ in his WorkHorse workshop, a Scout Bobber completely revisited to celebrate the 100th anniversary of Scouting. This extraordinary prototype will be raced by the legendary MotoGP rider Randy Mamola in the next Sultans of Sprint event on June 22nd & 23rd at the Montlhéry route at the Café Racer Festival. Appaloosa will be exhibited at the ART RIDE Wheels and Waves from June 12th to 16th.

FTR 1200 Artists Series is a range of limited edition tanks that instantly transforms the FTR 1200 into a mobile artwork. Five renowned artists have been selected to create a wide range of designs ranging from street graffiti to modern abstract art. The five creations will be unveiled to the public on June 13 at Wheels & Waves in Biarritz. Only 100 units of each design will be produced.

This bike is the result of a partnership between Tank Machine, Indian Paris Etoile and the international guitar brand Fender. Innovative and atypical, it is inspired by the DNA of the two icons: the Indian Scout & the Stratocaster Guitar. It takes the textures and materials (wood, tweed, metal parts …) in the ambition to create a totally unique motorcycle of legend. This original creation will certainly thrill music and motorcycle enthusiasts alike. Tankaster will be exhibited at the ART RIDE Wheels and Waves from June 12th to 16th.

A visionary from the Indian Motorcycle yard in Minneapolis, Minnesota, Turman is known for its large-scale, vibrant and dynamic wall painting installations throughout the Midwest. He began his artistic career by creating concert posters for local bands, drawing on the bold, graphic style of the 1980s comics and the art of heavy metals. Turman’s ability to combine his bold and vibrant artistic vision with strategic marketing objectives makes him one of the most sought-after commercial artists in the Midwest.

RISK began his career drawing on graffiti from the east coast of the United States to bring them back to the heart of Los Angeles’s urban landscape. A founding member of WCA’s graffiti team (west coast artists), RISK was one of the first players in Southern California to paint freight trains and launch the use of walkways and tracks. highways as artistic canvases. Over the course of several decades, his career has shifted from the street to galleries, clothing lines and collections around the world.

D * Face (Dean Stockton) is a major figure in contemporary urban art. He started his career in the street more than 15 years ago. He began by drawing stickers and posters by hand, which he then glued all over London and beyond, to discover the unsuspecting public. His work has since evolved from art galleries to large-scale outdoor wall installations that transform urban landscapes and high-rise buildings into gigantic works of art.

ThankYouX (aka Ryan Wilson) began his artistic journey on the streets of Los Angeles stencilling as a tribute to Andy Warhol. While these stencils were his initial business card, they only scratched the surface of his multi-faceted artistic identity. As his level of awareness grew, the nature of his expression evolved into modern abstract designs that contrast with the more traditional paradigm of street art inspired by graffiti. Its unique street art brand has garnered attention and won praise from around the world.

THROUGHOUT THE FESTIVAL – FROM WEDNESDAY TO SUNDAY:

Pre-sale: 60 € for a 5-day pass. Free for children under 15 years old accompanied by a paying adult. The purchase of the PASS 5 days on the site gives the opportunity to participate in the contest and win an Indian FTR 1200.

ABOUT WHEELS & WAVES
Founded in 2008, Wheels and Waves is the successful realisation of the dream of a group of friends, the Southsiders, who are passionate about motorcycles. Lovers of the Basque Country, Southsiders have brought together hundreds of like-minded individuals who gather in the spirit of companionship. “Wheels and Waves is about eliminating social barriers and bringing different sets of people together without judgement. It’s about the joy of mixing together all kinds of communities, languages and cultures. It’s about living in the present without being nostalgic for the past, but not losing sight of the best moments of the past.” wheels-and-waves.com